Overview of the Refractory Metal Rhenium 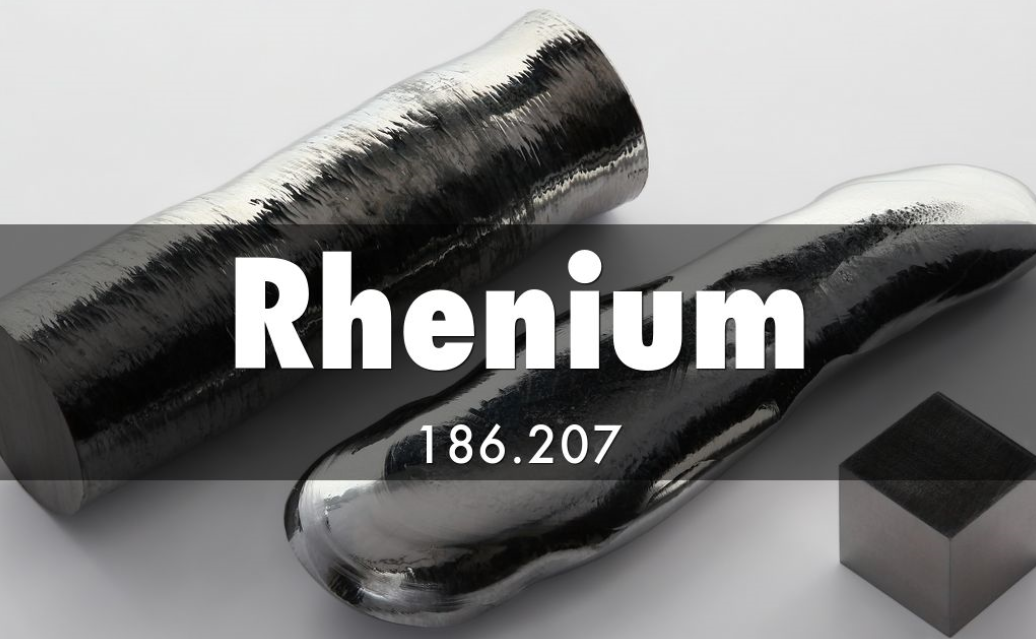 Overview Of The Refractory Metal Rhenium

It is the latest natural element discovered by mankind; it is only one part per billion in the earth’s crust; its metal element is one of the necessary strategic reserves of various countries; its price is many times higher than that of gold and diamond… What is it? The answer is the refractory metal rhenium. 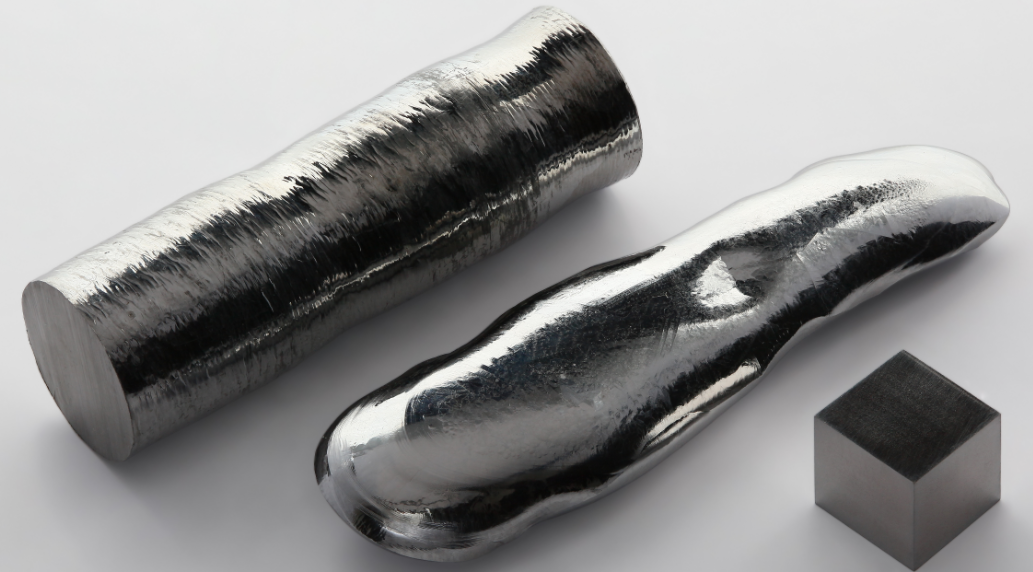 Discovery Of The Refractory Metal Rhenium

As early as 1872, the Russian Mendeleev predicted according to the elemental cycle law that there is an undiscovered “manganese-like” element in the natural world with an atomic weight of about 190, that is, an unknown manganese element similar to manganese and strontium.

Since then, scientists have searched for this element from minerals with similar elements of manganese, such as manganese ore, platinum ore, and cerium ore (minerals of strontium and barium), but they have been fruitless.

Until September 5, 1925, at the German Federation of Chemists in Nuremberg, German geochemists Nordak and Taikai announced in public that they used X-spectrum to discover this new element from a large concentration of minerals and rock concentrates. This finally reveals the veil of this mysterious element – rhenium. 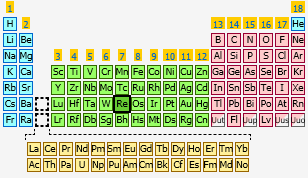 Refractory metal rhenium is a metal element having a density of 21.04 g/cm3, a melting point of 3180 ° C, and a boiling point of 5627 ° C. Its lattice type is a close-packed hexagonal structure. The pure enamel has a soft texture and the same appearance as platinum and has good mechanical properties.

Rhenium is soluble in dilute nitric acid or hydrogen peroxide solution, insoluble in hydrochloric acid, and hydrofluoric acid; the valence of rhenium elements is 3, 4, 6, and 7. At high temperatures, it combines with the vapor of sulfur to form ruthenium sulfide ReS2, which does not interact with hydrogen or nitrogen, but absorbs H2; it can be oxidized to a very stable heptaoxide (Re2O7). 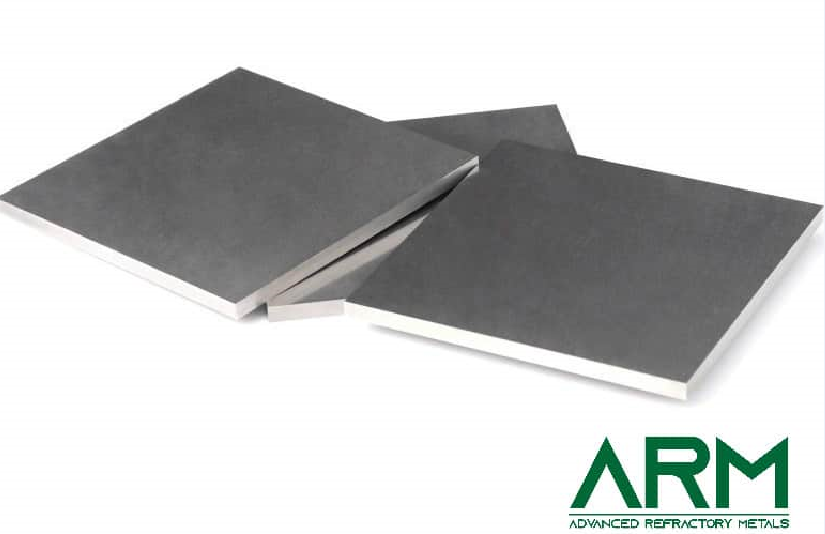 Mining And Extraction Of The Refractory Metal Rhenium

It’s been a century since rhenium was discovered, but it’s still a strange element for most people. It is inconspicuously ranked 75th in the periodic table of the chemical element, which is almost the last natural element discovered. Then why was it discovered so late?

It turns out that rhenium is a very rare and dispersed element, which is only one part per billion in the earth’s crust and less than all rare earth elements. At present, the proven reserves of the world’s rhenium are only about 2,500 tons. In contrast, the global proven reserves of titanium resources are about 2 billion tons. 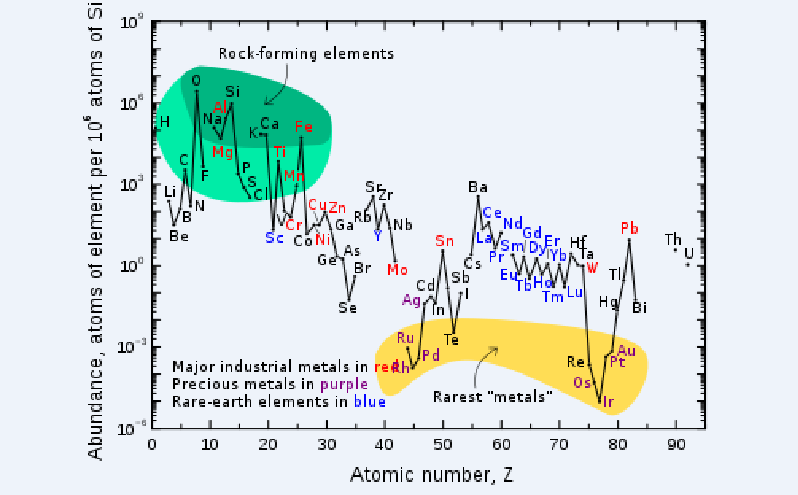 The Content Of Each Element In The Earth’s Crust

Most of the rhenium is only associated with other metal minerals such as molybdenum, copper, lead, zinc, platinum, niobium, etc. in a sparsely dispersed state. So far, only a small amount of bismuth ore (ReS2) and copper bismuth sulfide (CuReS4) have been found, and the reserves are very small.

The scale of the rhenium deposits is generally not large, and the cost of independent mining is extremely high, resulting in extremely low economic value. Therefore, there are few rhenium mines that are independently mined.

Industrialized rhenium production is generally separated and recovered in the form of by-products when the main metal mineral is mined. A small amount of rhenium can be recovered from the smelting of soot and waste in certain copper, platinum, antimony, or sphalerites. The most important way is the comprehensive development of molybdenite.

In the process of producing molybdenum, carefully collect the flue dust and waste liquid of smelting molybdenum, and select H2O2 with high electrode potential and strong oxidizing property as the oxidant to oxidize the low-valent oxide of rhenium to Re2O7. It also oxidizes the sulfide to HReO4.

Both of these ruthenium compounds are readily soluble in water, from which a small amount of Re2O7 can be obtained and then KCl is added to obtain a rhenium powder by hydrogen reduction or aqueous solution electrolysis, and processed into a material by powder metallurgy. 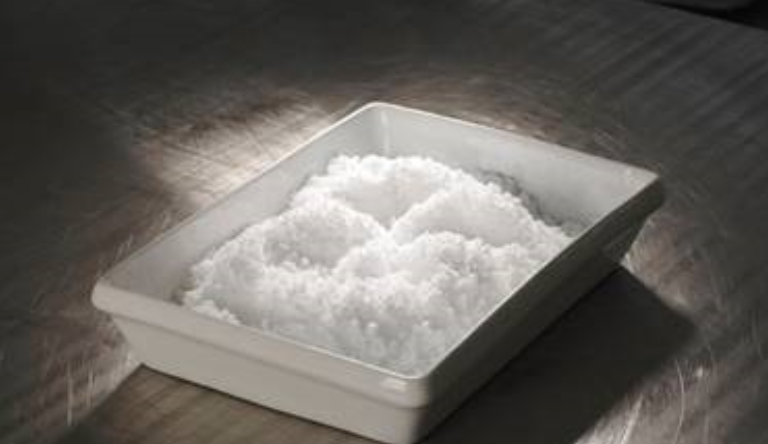 Rhenium has such an important strategic significance, in addition to its difficulty in mining and extraction, the more essential reason is its excellent characteristics. These characteristics of rhenium metal or rhenium compounds can be called “Rhenium Effect”. Let’s take a look at the magical effect of rhenium.

Rhenium has a highly selective catalytic function for many chemical reactions, so it is mainly used as a catalyst for the petroleum industry to synthesize high-octane gasoline. In the world, the consumption of this aspect has accounted for more than 60% of the total rhenium consumption. The United States and Germany have also obtained the patented technology for manufacturing rhenium filters to purify automobile exhaust.

Rhenium has a high electron emission performance and is widely used in radio, television, and vacuum technology. The life of the tube cathode made of rhenium tungsten alloy is 100 times longer than that of tungsten.

Rhenium itself has good plasticity, no brittleness under high temperature and low-temperature conditions, and tensile strength and creep strength are superior to tungsten, molybdenum, and niobium.

Adding rhenium to refractory metals such as tungsten, molybdenum, and chromium can improve the strength, plasticity, and weldability of the material, and lower the ductile-brittle transition temperature and recrystallization brittleness. For example, W-Re and Mo-Re alloys have good high-temperature strength and plasticity. 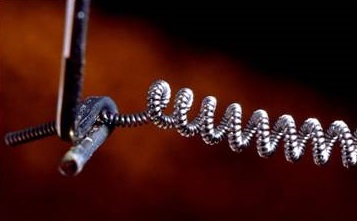 Rhenium has a significant effect on the microstructure, mechanical properties, unstable phase, and single-crystal defects of single crystal superalloy, which can enhance the high temperature creep resistance of single crystal alloy. This advantage alone opens the door for rhenium to the application of airplanes.

As mentioned above, the addition of rhenium improves the strength and high-temperature resistance of the superalloy, and the microstructure of the single crystal alloy is also greatly improved. 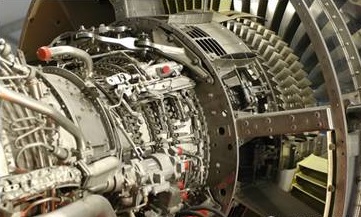 We can see the changes in its application to aerospace engines from the application of rhenium in single crystal alloys.

Both of these technologies allow turbines (especially high-pressure turbines) to operate at higher temperatures. In this way, the designer can increase the turbine pressure to increase the efficiency of the operation; or the engine can speed up the combustion of the fuel, thereby generating greater thrust.

Thank you for reading our article and we hope it can help you to have a better understanding of rhenium. If you want to know more about rhenium and other refractory metals, you can visit Advanced Refractory Metals (ARM) for more information.