An Overview of Nickel-titanium Alloys 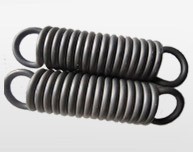 Nickel-titanium alloy, also known as nitinol, is a binary alloy made up of nickel and titanium, these two elements are roughly equal in the atomic percentage (Nitinol 55 and Nitinol 60 are very common). There are two different crystal structures in nickel-titanium alloy due to the change of temperature and mechanical stress, which called austenitic and martensitic.

Austenitic phase was known as the parent phase in the nickel-titanium alloy, which is a crystalline phase of high-temperature alloy, and it would transform gradually into martensite phase (child phase) at the lower temperature.

There are four temperatures in the process of martensite and austenite phase transformed to each other:

The Superelastic refers to the phenomena that the sample produce a greater variable strain than the elastic limit under an external force of strain which can be restored automatically when unload. In the parent phase state, martensite phase transformed due to the applied stress, thus the alloy showed different mechanics behavior from the ordinary material, the elastic limit of which is far greater than ordinary materials and no longer comply with Hooke’s law. Compared with the shape memory properties, the superelastic has no hot in it.