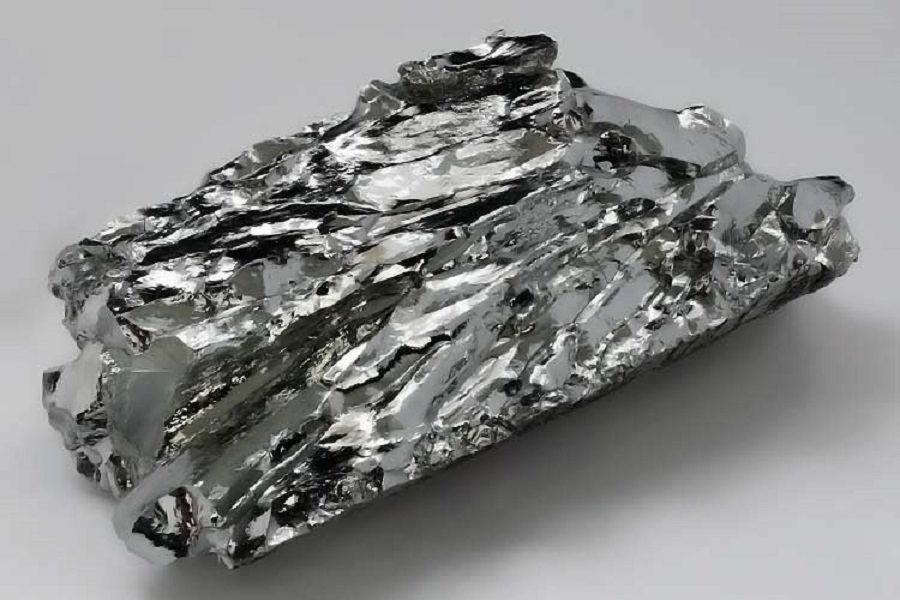 “Refractory metal” is a term that is used to describe a group of metal elements. These metal elements have exceptionally high melting points and are resistant to wear, corrosion, and deformation. In this article, we will take a look at the top 10 common refractory metals that can be found on the market now. 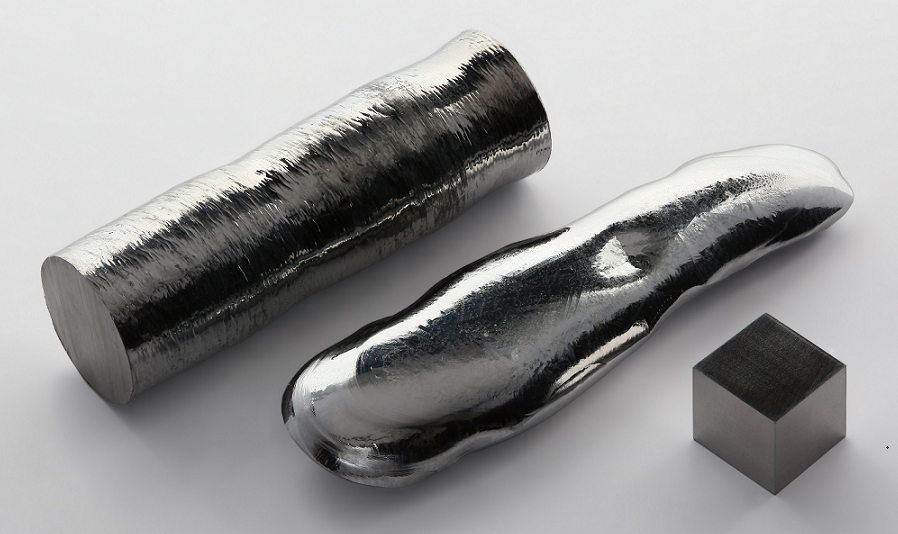 The History of the Tungsten

The history of tungsten can be traced back to the 17th century. At that time, miners in the Eels Mountains of Saxony, Germany noticed that some ore would interfere with the reduction of cassiterite and generate slag. The miners gave this ore some German nicknames: “wolfert”, “wolfram”.

In 1783, the brothers Hussein De Luyar and Faustou De Luyar also extracted tungstic acid from wolframite. In the same year, they obtained tungsten powder for the first time by reducing tungsten trioxide with carbon. 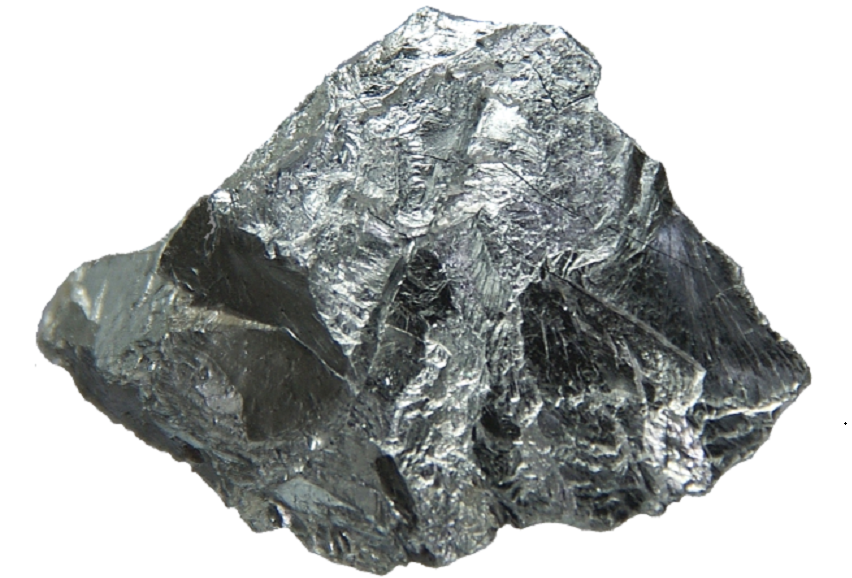 The Properties and Applications of the Tungsten

In addition, tungsten also has good electrical and thermal conductivity, small expansion coefficient and other characteristics, so it is widely used in alloys, electronics, chemical and other fields, of which tungsten carbide is the largest consumer field.

The History of the Molybdenum

Although molybdenum was discovered in the late 18th century, it was used before the discovery of molybdenum. For example, in the 14th century, Japan used molybdenum-containing steel to make sabre.

In 1778, the Swedish chemist Scheler found that nitric acid did not react with graphite, but after reacting with molybdenite, a white powder was obtained. Inspired by Scheler, in 1781, the Swedish Yellm used a “carbon reduction method” to separate a new metal from this white powder and named the metal “Molybdenum”.

The Properties and Applications of the Molybdenum

Molybdenum is a refractory rare metal like tungsten. It has a small expansion coefficient, large electrical conductivity, and good thermal conductivity. It does not react with hydrochloric acid, hydrofluoric acid and alkaline solutions at normal temperature, but is only soluble in nitric acid, aqua regia or concentrated sulfuric acid. It is also quite stable to most liquid metal, non-metal slag and molten glass.

Therefore, molybdenum and its alloys have a wide range of applications and good prospects in important sectors such as metallurgy, agriculture, electricity, chemicals, environmental protection, and aerospace, and have become an important raw material and irreplaceable strategic substance in the national economy.

The History of the Rhenium

In 1871, when Russian chemist Dmitry Mendeleev published the periodic table of elements, he predicted that a “manganese-like” element with an atomic weight of 190 had not been found in nature.

In 1925, German chemists Walter Noddack, Ida Noddack, and Otto Berg detected this element with X-rays in platinum and niobite. This element was named Rhenium after the Rhine name Rhein. Later, they also found rhenium in silicon-beryllium yttrium and molybdenite. In 1928, they extracted 1 gram of rhenium from 660 kilograms of molybdenite. 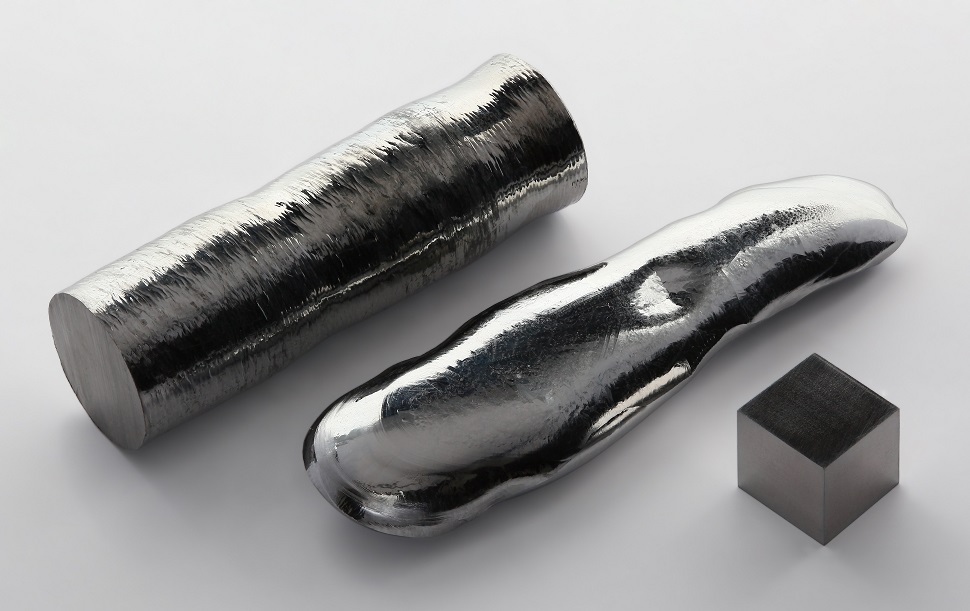 The Properties and Applications of the Rhenium

Rhenium is a rare refractory metal. It not only has good plasticity, mechanical properties and creep resistance, but also has good wear resistance and corrosion resistance. It can maintain good chemistry for most gases except oxygen.

The History of the Niobium

In 1801, British chemist Charles Hatchett found niobium in an ore sample from the British Museum. In 1846, the German chemist Heinrich Rose analyzed different tantalum ore and thorium ore. He discovered that there is another element besides tantalum, which is very close to tantalum and named this element Niobium.

Niobium is taken from the Greek mythological figure Niobe, because the name of tantalum is derived from Tantalos in Greek mythology, and Niobe is the daughter of Tantalos, which can better show the similarity between tantalum and niobium.

The Properties and Applications of the Niobium

Niobium is a rare high-melting metal with a silvery gray color, soft texture, and ductility. At normal temperature, niobium does not react with air, and it will not be completely oxidized when it is red hot in oxygen. Niobium can directly combine with sulfur, nitrogen, and carbon at high temperatures. Niobium does not react with inorganic acids or bases, nor is it soluble in aqua regia, but it is soluble in hydrofluoric acid.

The History of the Tantalum

In 1802, the Swedish chemist AGE kaberg (1767-1813) discovered a new element in the analysis of the Scandinavian peninsula a mineral (niobium Tantalum ore). He named the element tantalum (Tantalum) after Tantalus, the son of the god Zeus in Greek mythology. 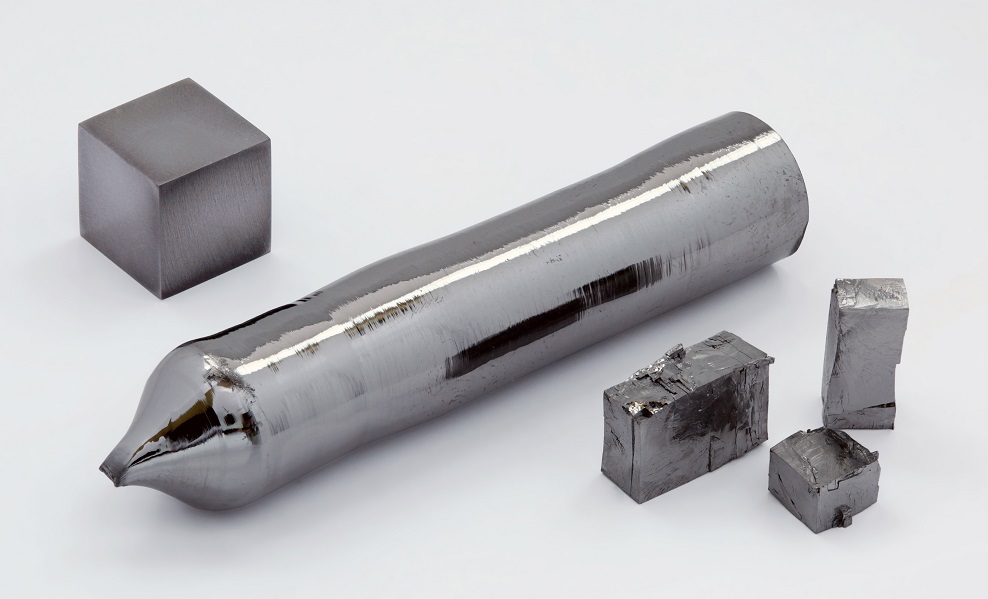 The Properties and Applications of  the Tantalum

The History of the Titanium

In 1791, titanium was found in Cornwall, England, as a titanium-containing mineral. The discoverer was Reverend William Gregor, an amateur mineralist in England. In 1795, German chemist Clapprott found this oxide when analyzing red rutile from Hungary.

The titanium that Gregor and Kraprot discovered at the time was powdered titanium dioxide, not metallic titanium. It was not until 1910 that American chemist Hunter first reduced TiCI with sodium to produce titanium with a purity of 99.9%. 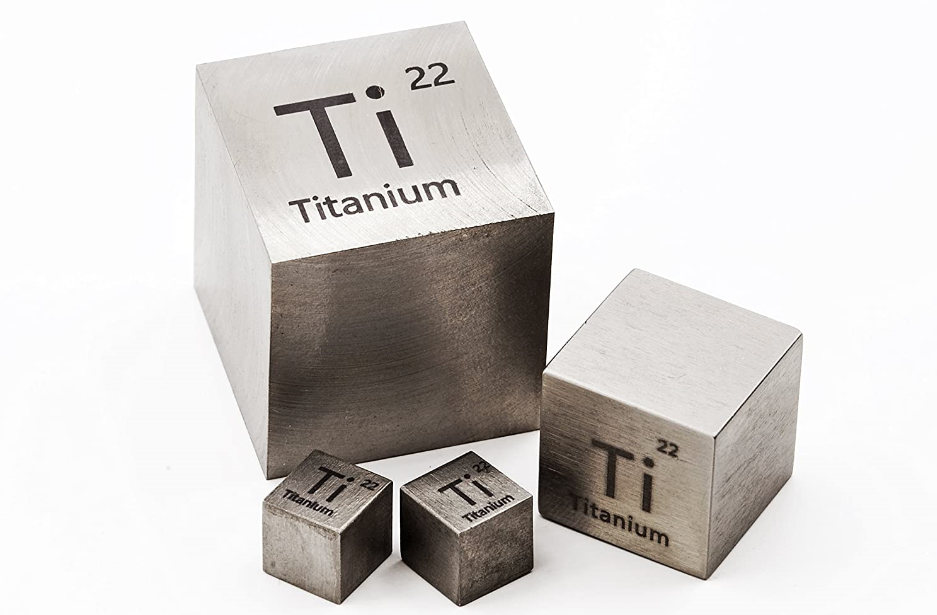 The Properties and Applications of the Titanium Alloy

Many countries in the world have recognized the importance of titanium alloy materials, researched and developed them successively, and obtained practical applications.

The History of the Chromium

In 1766, Lehman from Germany analyzed a Siberian ore and determined that it contained lead. This ore was classified as Siberian red lead.

In 1797, the French chemist Nicholas Louis Vauquelin was attracted by a bright red ore that was also mined in the Siberian gold mine, and a new element was found in this ore, namely chromium, and the following year used carbon reduction to produce metallic chromium. 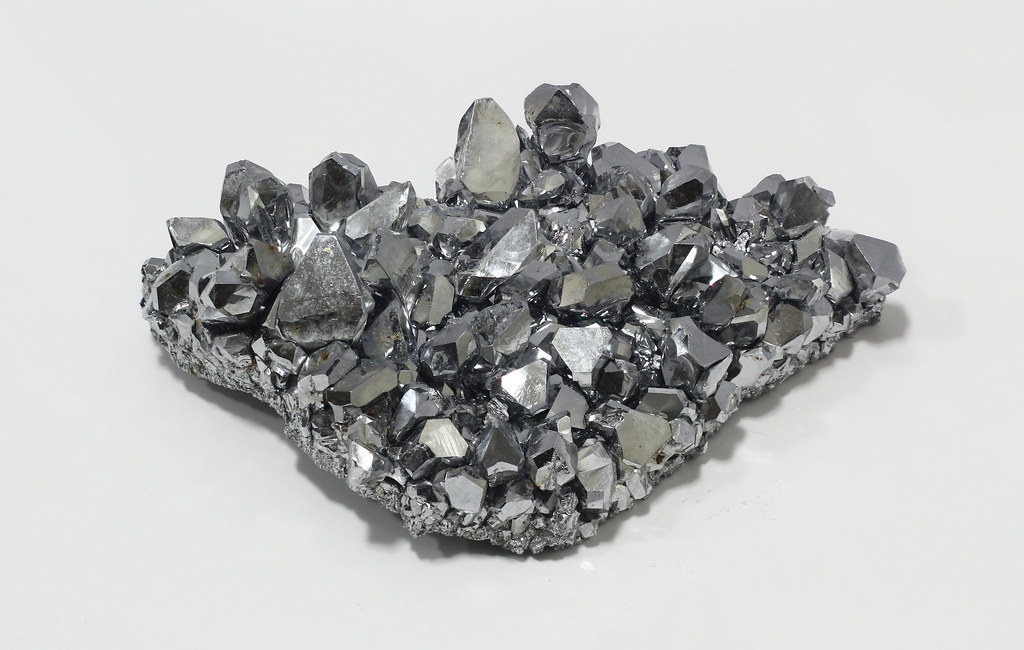 The Properties and Applications of the Chromium

Chromium is widely used in metallurgy, chemical industry, cast iron, refractory, and high-precision technology because of its excellent properties such as hardness and brittleness and corrosion resistance.

The History of the Zirconium

Zirconium is named after zircon, which has been used as jewelry by humans for centuries. Zircon is also mentioned in the Bible, calling it one of the 12 gemstones worn by the High Priest of Israel.

In 1789, the German chemist Martin proved that zircon was not a diamond, clarifying the misunderstanding of zircon. He heated zircon with a reactive compound, sodium hydroxide, and found that the two reacted to form an oxide. Martin believes that this oxide contains a new element. He named the new oxide zirconia. Until 35 years later, in 1824, Swedish chemist Jöns Jacob Berzelius first produced pure zirconium. 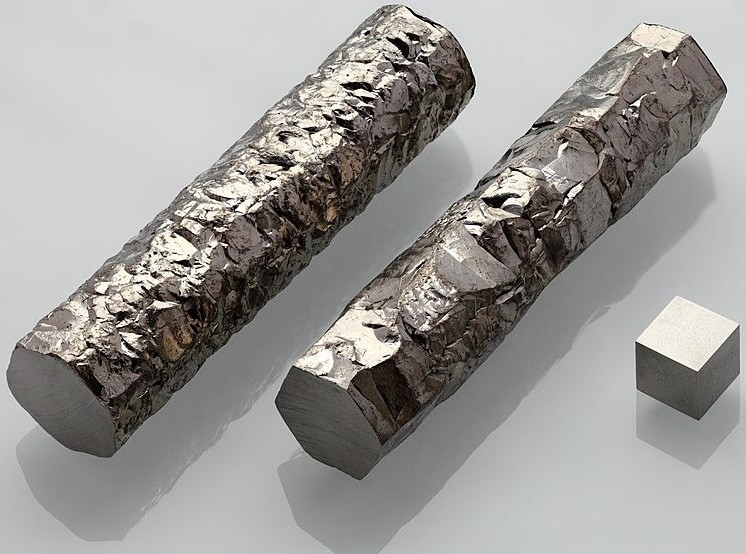 The Properties and Applications of the Zirconium

Since ancient times, zirconium has been regarded as a gemstone because of its colorful color and luster and has played a decorative role in human life. With the deepening of people’s knowledge about zirconium, the application of zirconium is becoming more and more widespread. Perhaps most people are relatively new to zirconium, but it has penetrated into all aspects of our lives.

For example, zirconium is indispensable in the surrounding buildings, ceramics, knives, decorations, etc. that are essential in life, and even in the military and nuclear power fields.

The History of the Hafnium

In order to commemorate the place of the discovery of the element, the capital of Denmark, Copenhagen, they named it hafnium (derived from Copenhagen’s Latin name Hafnia), and the element symbol was Hf. 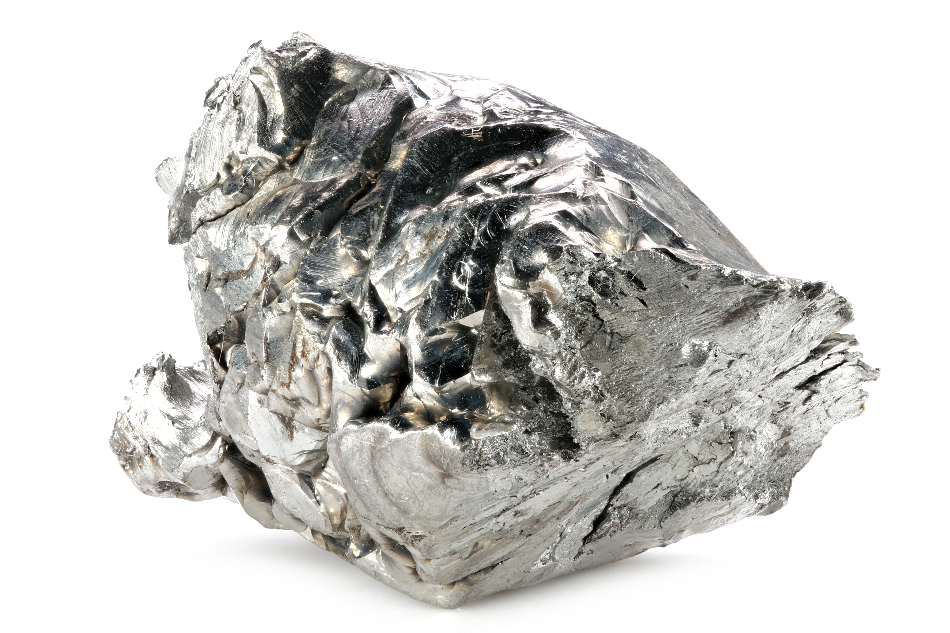 The Properties and Applications of the Hafnium

It has good anti-corrosion performance, does not react with dilute hydrochloric acid, dilute sulfuric acid and strong alkali solution, but is soluble in hydrofluoric acid and aqua regia.

The History of the Vanadium

In 1830, Swedish chemist separated a new element when smelting pig iron. Because of its brilliant colors, the compound was named Vanadium after the beautiful goddess Vanadis in Greek mythology.

In 1867, the British chemist Roscoe used hydrogen to reduce vanadium chloride (VCl3) to obtain metallic vanadium for the first time. 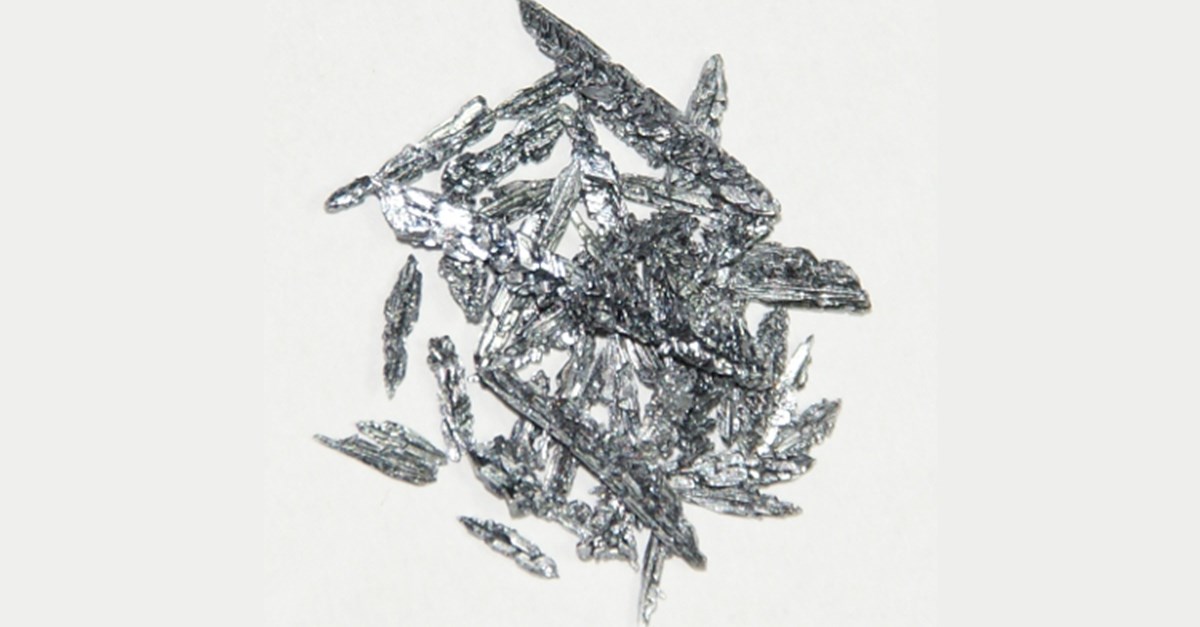 The Properties and Applications of the Vanadium

Vanadium is an important alloying element and is mainly used in the steel industry. Vanadium-containing steel has excellent characteristics such as high strength, high toughness, and good wear resistance.

In addition, vanadium is mainly used as a catalyst and colorant in the chemical industry. Vanadium is also used in the production of rechargeable hydrogen batteries or vanadium redox batteries.

Thank you for reading our article and we hope it can be helpful to you. If you want to know more about common refractory metals, you can visit Advanced Refractory Metals (ARM) for more information. We provide our customers with high-quality refractory metals at a very competitive price.

7 Uses of Cobalt You Mightn't Know
Why Is Titanium Price So High!?
3 Types of Titanium Alloys & Their Uses
Why Is Zirconium A Transition Metal?