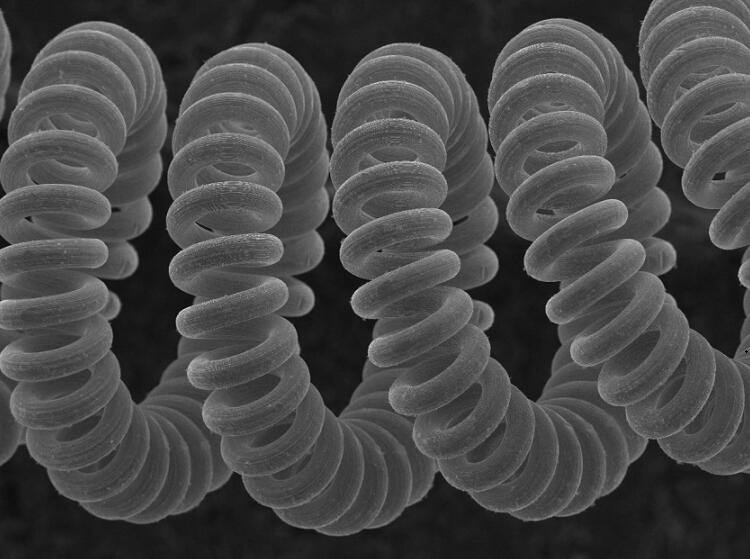 Tungsten wire is a thin wire made by forging and drawing a tungsten bar. Thanks to its excellent properties, tungsten wire enjoys a wide range of applications. For example, Tungsten wires are used in electric light sources such as incandescent lamps and halogen lamps. In this article, we’ll introduce the tungsten wire history.

The development of the tungsten wire industry has been closely linked with the lighting bulb industry from the very beginning.

In 1878, Edison invented the carbon wire light bulb. But this kind of bulb has serious shortcomings, mainly because of its short life. Edison tried carbon wire in 1879 and used it for hundreds of hours. Although “carbon” has a very high melting point (3550°C), it has a low “sublimation” temperature. It is directly sublimated from solid to a gaseous state at low temperature, so it is easy to consume, has a short service life, and must be completely isolated from the air (it will burn in the air).

Nearly 20 years later (1897), carbon wire was replaced by osmium wire and tantalum wire, but due to the low melting point of Os and Ta, the working temperature and light efficiency were low.

In 1903, according to the patents of A. Just and F. Hannaman, Hungary produced the first tungsten filament. In 1904, A. Just and F. Hannaman used a carbon-free binder to mix with tungsten compounds, extruded into filaments, and then heated in hydrogen to reduce them to metal. The tungsten wire made by this method is very brittle, but because of its much better light efficiency, it has replaced carbon wire, osmium wire, and tantalum wire for making bulbs.

None of the above methods can prepare fine tungsten wires. To solve this problem, in 1907, a tungsten alloy with low nickel content came out. It was prepared by mechanical processing, but its severe brittleness hindered its application.

In 1913, Pintsch invented thorium tungsten wire (ThO2 content of 1% to 2%), which greatly reduced the brittleness of the incandescent filament. At first, the sagging of the filament was not a problem, because the filament was straight at this time. But after 1913, Langmuir changed the straight filament to the spiral filament. In this way, when the bulb is used, the high working temperature and deadweight cause the filament to sag, so pure tungsten and thorium tungsten are difficult to meet the requirements of use.

Thank you for reading your article and we hope it can help you to have a better understanding of the tungsten wire history. If you want to learn more about tungsten wire or other refractory metals or alloys, would like to advise you to visit Advanced Refractory Metals (ARM) for more information.