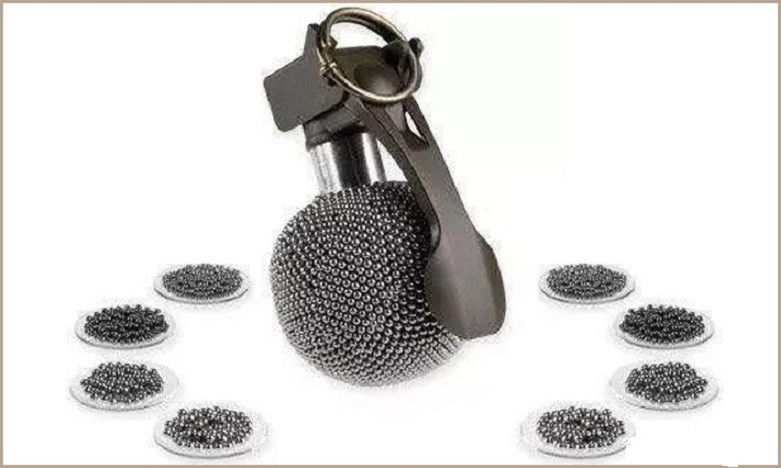 Tungsten alloy spherical fragments are composed of high-performance explosives, a lot of tungsten alloy balls, and a metal shell. They mainly rely on the kinetic energy of the fragments to damage targets. They have gradually become the preferred damage element for air defense, surface killing, and other types of killing warheads.

The explosion of the explosive produces a detonation wave and a large amount of high-temperature, high-pressure detonation gas impacts the shell, causing it to undergo huge deformation and even fragmentation.

After the shell is broken, scattered tungsten alloy bead fragments are formed, and the detonation products formed by the explosive explosion will escape and quickly surround the fragments formed by the broken shell.

Fragments will be accelerated under the action of detonation waves and high-temperature, high-pressure gas until the gas expansion speed is lower than the fragmentation speed.

Normally, the lethality of tungsten alloy spherical fragments is measured by the kinetic energy of the target or the ability to transmit in the target. Therefore, the process of fragments killing a target is a process of energy release and transfer, that is, the extent of damage to the target by fragments depends on how much energy is transferred. Within a certain diameter range, the smaller the fragment, the higher the efficiency of energy transfer.

They studied the speed decay law of spherical tungsten alloy fragments, the deformation, and fragmentation driven by detonation, the penetration of semi-infinite steel targets, and the penetration of thin steel targets. The research results show that the attenuation coefficient of tungsten alloy spherical fragments during long-distance flight is constant, and the drag coefficient has a linear relationship with the initial velocity of the fragments.

Thank you for reading our article and we hope it can help you to have a better understanding of the tungsten alloy spherical fragments. If you want to learn more about tungsten alloy or other types of refractory metals and alloys, we would like to advise you to visit Advanced Refractory Metals (ARM) for more information.