What Is the Industrial Diamond? 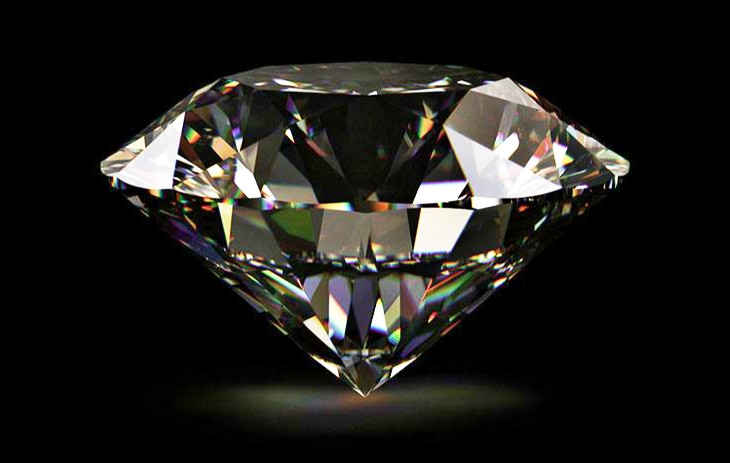 What Is the Industrial Diamond?

Tungsten is a metal element with atomic number 74 and atomic weight 183.84. It’s usually steel gray or silver-white with high hardness and high melting point. It has air corrosion resistance at room temperature. The main application of tungsten is manufacturing filament, high-speed cutting alloy steel, and super-hard mold. Besides, tungsten is also used in optical instruments and chemical equipment. China has the largest tungsten storage in the world. 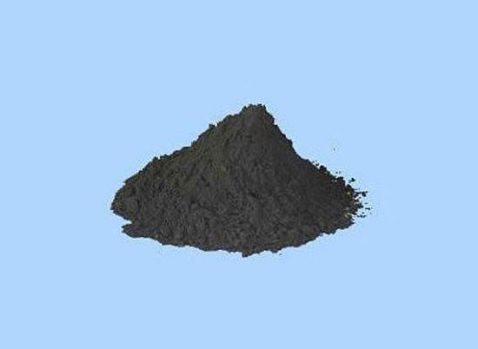 Among all the refractory metals, tungsten has the highest melting point. As a refractory metal, the biggest advantage of tungsten is high-temperature strength with good corrosion resistance to molten alkali metal and steam. Tungsten will only have oxide volatilization and liquid phase oxides.

However, the shortage of tungsten is its plastic – brittle transition temperature is too high to be manufactured at room temperature. Refractory metals with tungsten as representative are widely used in metallurgical, chemical, electronics, light, machinery and other industries.

Tungsten belongs to the category of nonferrous metals. The strength and hardness of non-ferrous alloys are generally higher than the pure metal.

Besides, nonferrous metals have stronger resistance and a smaller temperature coefficient of resistance, which means they have a good combination of mechanical properties.

As one of the nonferrous metals, tungsten has the qualities of high strength and hardness. Therefore, tungsten carbide with high hardness and great wear resistance has a large-scale application in cutting tools and mining tools.

As one of the typical rare earth materials, tungsten is a strategic metal because it is an important part of high-tech new materials. Many electronic optical materials, special alloys, new functional materials and organometallic compounds need tungsten as essential raw material. 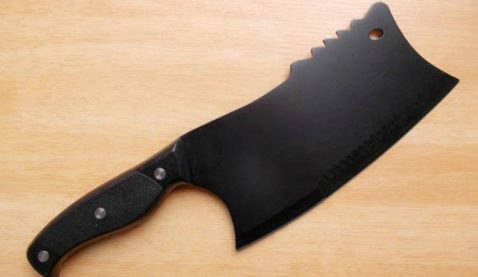 The armor piercings for tank guns are made from tungsten alloy and depleted uranium alloy. Tungsten is the base for tungsten alloy with other elements added in. With a high melting point, high-temperature strength, good creep resistance, conductivity and electron emission properties, tungsten is the ideal material for manufacturing hard alloys.

In the 1970’s, because of tungsten’s high density, the military industry begin to develop tungsten heart APDS. The warheads use decladding technology and the new structure of the tungsten alloy. The tungsten heart APDS has the characteristics of high initial velocity, low trajectory, short time of fight, high precision of location and large penetration, which help to hit the fast-moving target effectively. 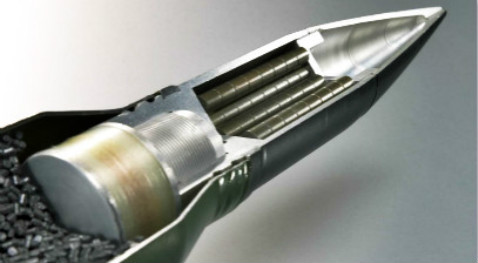 The shell heart section of tungsten heart APDS has great density and good scalability. Splashing armors have a double penetration feature which has obvious effects on the armors with big angle, multi-layer structure.

Many Armies have applied tungsten heart APDS in large-caliber bullets and small-caliber shells, which can beat the enemy’s M1, M2 tanks and other armored vehicles, as well as AH-64 armed helicopters and other light armored targets.

Depleted uranium, known as D-38, is actually the nuclear waste after the nuclear burning. Its density is 24 times of steel’s. The armor piercings made form depleted uranium can release chemical reactions of 6000°C during exploration. 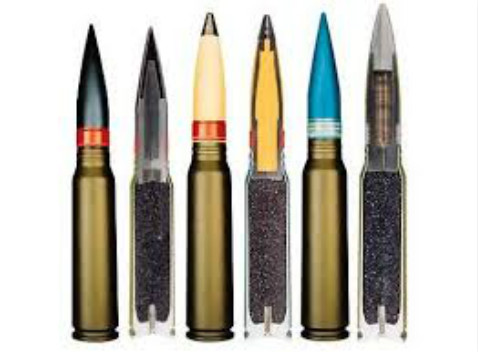 Depleted uranium not only has radiation but also contains chemical toxicity. Similar to lead and cadmium, uranium is a heavy metal that can cause poisoning. The great heat caused by the exploration of depleted uranium bomb warheads can make the uranium oxide smoke spread to 40 km away. The powder from the uranium exploration can cause radioactive contamination as dangerous as that caused by the exploration of the atomic bomb.

The only difference is that the contaminated area of uranium is a little smaller. However, once these powders enter the human’s body, their toxic effects will harm human health. The powder will be accumulated in bone, kidney and liver, which is likely to cause renal failure and lead to many diseases including cancers, leukemia and some nervous system disorders. What’s worse, it can lead to miscarriages and abnormal newborns. 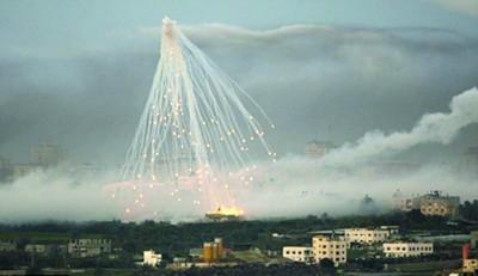 Roger Coghill, a British biologist, asked NATO to ban the use of depleted uranium weapons in the European Parliament. Later, the European Parliament adopted a resolution calling on NATO to forbid the use of depleted uranium weapons and to carry out “all necessary measures” to protect human health and the environment. After the ban of uranium bombs, the manufacture material for armor-piercing is tungsten alloy only. In general, tungsten has great magic as industrial diamond.