As a trace element necessary for the human body, animals, and plants, molybdenum is a silver-white metal, hard and tough. In fact, various tissues of the human body contain molybdenum, the total amount in the human body is 9mg, and the liver and kidney happen to be the parts with the highest molybdenum content. Molybdenum has a high modulus of elasticity, unlike tungsten and tantalum which only have a high melting point. In this article, let’s take a look at the common uses of molybdenum plates. 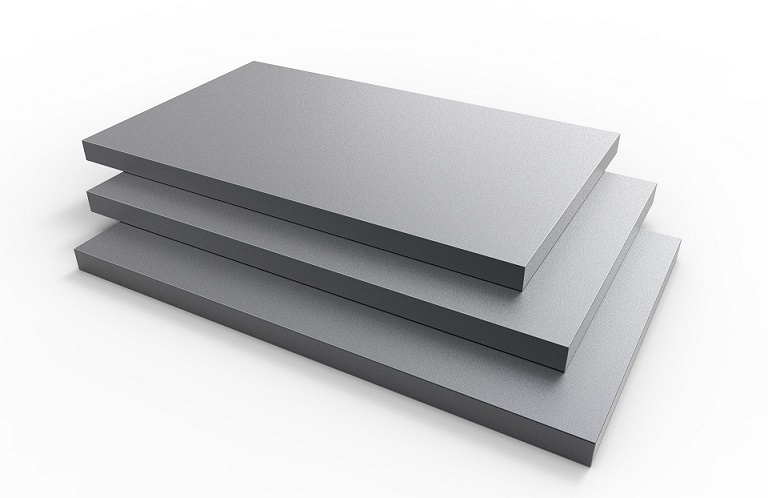 The appearance of the molybdenum plates has a silver-gray metallic luster. Molybdenum plates are mostly used for special steels. Of course, they also have some other common uses. They can be used in molybdenum electrodes and vacuum furnaces, as well as parts such as nuclear energy, missiles, and airplanes. In addition, they are also widely used in mold and parts furnace construction, as well as component manufacturing in the electronics and semiconductor industries.

The organic silicon molybdenum plate was examined using silicon source Si2Cl6 and silicidation conditions and some of its properties. This kind of molybdenum silicide plate is first deposited, such as 4MoSi2, at an initial stage of 6 meters thick (after 10 minutes), and then combined and stored, and a uniform layer of MoSi2 molybdenum silicide plate is formed after 30 minutes. The weight of the organic silicon plate dissolved by the anode doubled in 0.2 M sulfuric acid, reducing the thickness of the MoSi2 layer. The corrosion of seawater and sea sand, as well as the abrasion of the organic silicon molybdenum plate, will increase the resistivity, thereby increasing the silicidation temperature and the flow of Si2Cl6.

Molybdenum is a transition element that easily changes its oxidation state and plays a role in transferring electrons in the redox reaction in the body. In the oxidized form, molybdenum is likely to be in a +6 state. Although it is also likely to return to the +5 valence state first during the electron transfer. However, other oxidation states of molybdenum have also been found in the reduced enzyme. Molybdenum is a component of xanthine oxidase/dehydrogenase, aldehyde oxidase, and sulfite oxidase, so it is known that it is an essential trace element for the human body, animals, and plants.

Thank you for reading our article and we hope it can help you to have a better understanding of the common uses of molybdenum plates. If you want to learn more about molybdenum and other refractory metals and alloys, we would like to advise you to visit Advanced Refractory Metals (ARM) for more information.

Headquartered in Lake Forest, California, USA, Advanced Refractory Metals (ARM) is a leading manufacturer & supplier of refractory metals & alloys across the world. It provides customers with high-quality refractory metals such as molybdenum,  tungsten, tantalum, rhenium, titanium, and zirconium at a very competitive price.