When Was Tungsten First Used in Light Bulbs 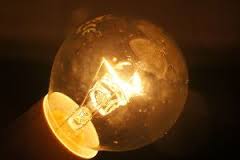 More than 350 years ago, porcelain makers in China incorporated a unique peach colour into their designs by means of a tungsten pigment that was not known in the West. Indeed it was not for another century that chemists in Europe became aware of it. In 1779, Peter Woulfe examined a mineral from Sweden and concluded it contained a new metal, but he did not separate it. Then in 1781, Wilhelm Scheele investigated it and succeeded in isolating an acidic white oxide and which he rightly deduced was the oxide of a new metal.

The credit for discovering tungsten goes to the brothers, Juan and Fausto Elhuyar, who were interested in mineralogy and were based at the Seminary at Vergara, in Spain, in 1783, they produced the same acidic metal oxide and even reduced it to tungsten metal by heating with carbon.
Tungsten is the symbol for wolfram, which is a chemical element in group VIB of the periodic table. Its atomic number is 74 and its density is 19.35 g/cm³. Its melting point and boiling point are respectively 3410.0 ℃and 5660.0 ℃. Tungsten is widely used in the production of hard materials, alloys, filaments, electrodes, industrial catalysts, etc. 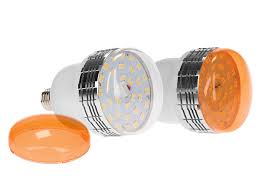 Pure tungsten is a shiny, silvery-white metal., which is a solid at room temperature. Tungsten doesn’t occur in its pure metallic state in nature, rather it exists in several ores, but only wolframite and scheelite are mined commercially. Of all metals in pure form, tungsten has the highest melting point, the highest tensile strength and the lowest vapor pressure. It has excellent corrosion resistance and the bulk metal resists attack by oxygen, acids and alkalis.

The symbol used reflects the once common use of the element in light bulbs. Due to its high melting point and low vapor pressure, so tungsten wire is used in many high-temperature applications, such as light bulbs, cathode-ray tubes and vacuum tube filaments.
Thanks to tungsten has conductive properties and relative chemical inertness, it is also used in electrodes, for instance in electron microscopes.